This year we kicked off Digital Inclusion Week by publishing our 2017 Community Impact Report but that was just the beginning of Google Fiber’s involvement in this national initiative. Across the country, each of our Fiber cities found ways to support digital literacy trainings and connect more people to super fast Internet.

Seeing the rich stories of communities coming together to work on digital equity during Digital Inclusion Week, and the large scale of participants across the country, gives me great optimism about the future of our work and a bit of personal pride. In 2016, when I was working as a Digital Inclusion Fellow --a program co-founded and supported by Google Fiber and managed by the Nonprofit Technology Network (NTEN) --I worked alongside local and national partners like the National Digital Inclusion Alliance to organize the country’s first Digital Inclusion Day. Now, just a couple of years later, I’m a Community Impact Manager at Google Fiber and the day has grown into a full week of activities across dozens of U.S. cities.

Working with local partners, my fellow Google Fiber Community Impact Managers and I have taken action to mark #DIW2018 across the country: * In Austin, we partnered with the Community Tech Network to teach seniors basic digital literacy skills. * In Charlotte, we announced a new Community Connection at The Nest Learning Lab at CAMP North End, as well as partnering with E2D on their annual “E-lemonade the digital divide” event. * In Louisville, we launched a Community Connection at the new entrepreneurial incubator at Love City, Inc. in the Portland neighborhood. * In Provo, we had a full week of #ProvoGotSkills activities with partners like the United Way of Utah County, Mountainland Head Start, the Provo City Library, and the Provo City School District. * In Salt Lake City, we hosted Google Expeditions at Riley Elementary and supported workshops hosted by Salt Lake City and County public library branches. * In San Antonio, we sponsored UpgradeSA ’s lunchtime discussion about closing the city’s digital divide. Check out the photo gallery below of many of these activities. Thank you to all our partners who help us connect our communities! 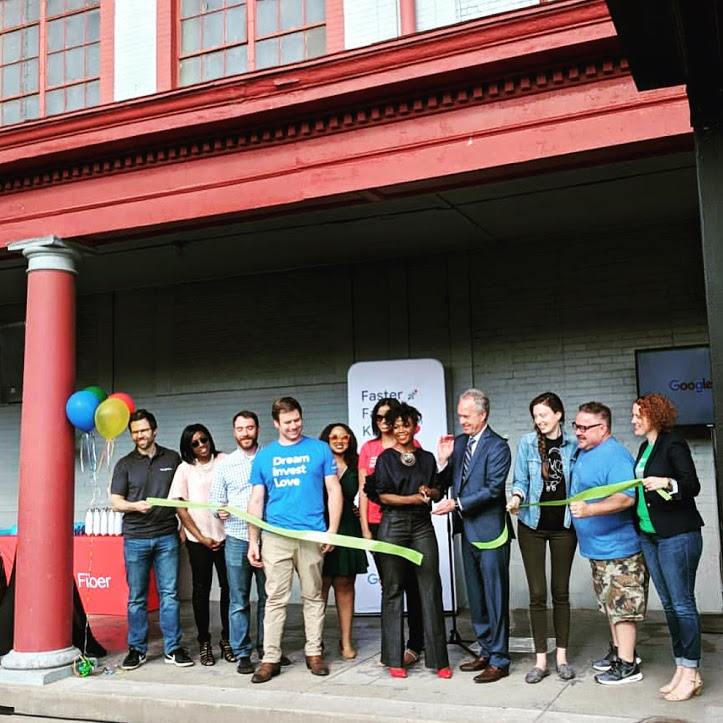 Cutting the ribbon on our newest Community Connection at Love City in Louisville with Mayor Greg Fischer. 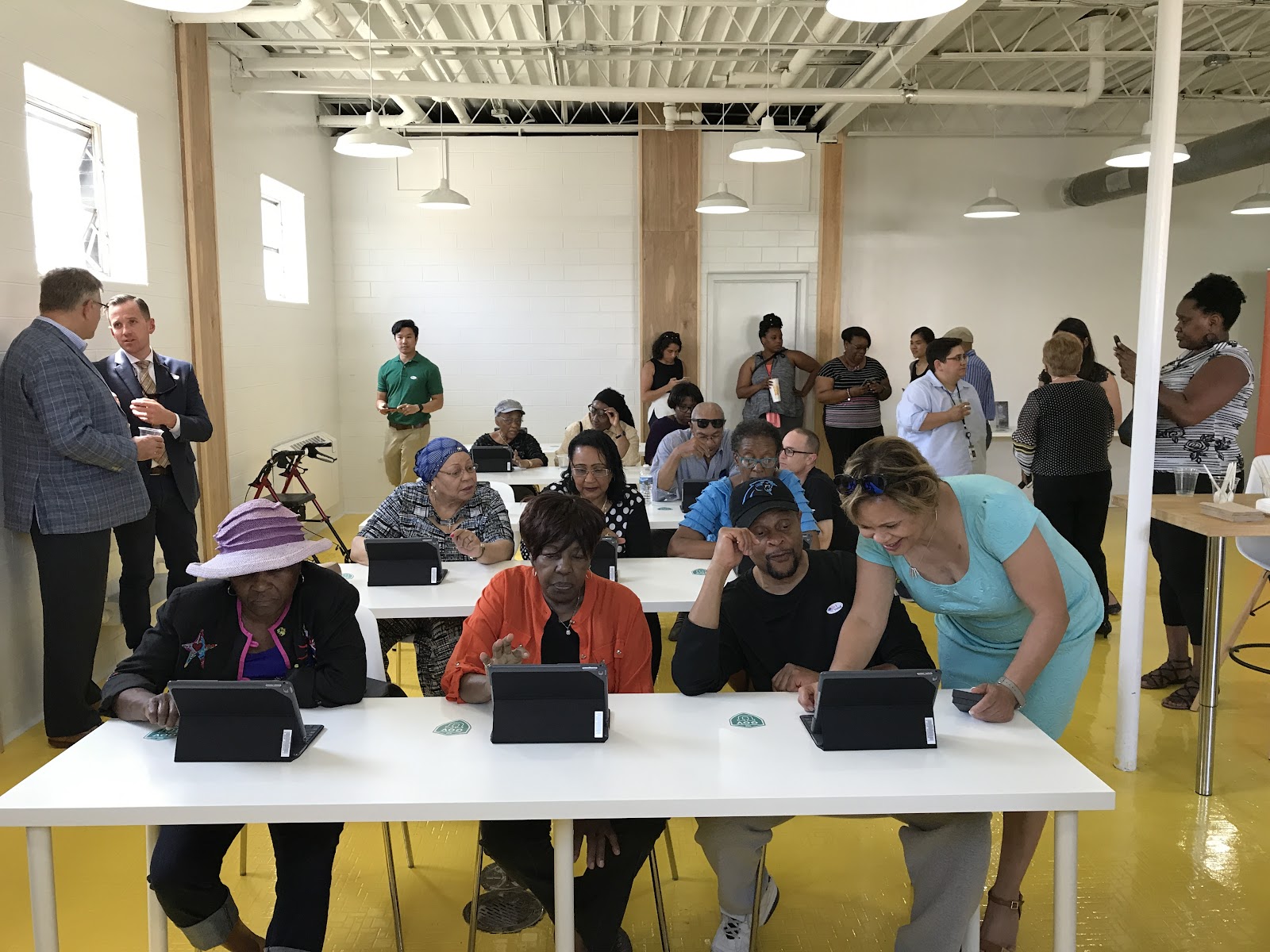 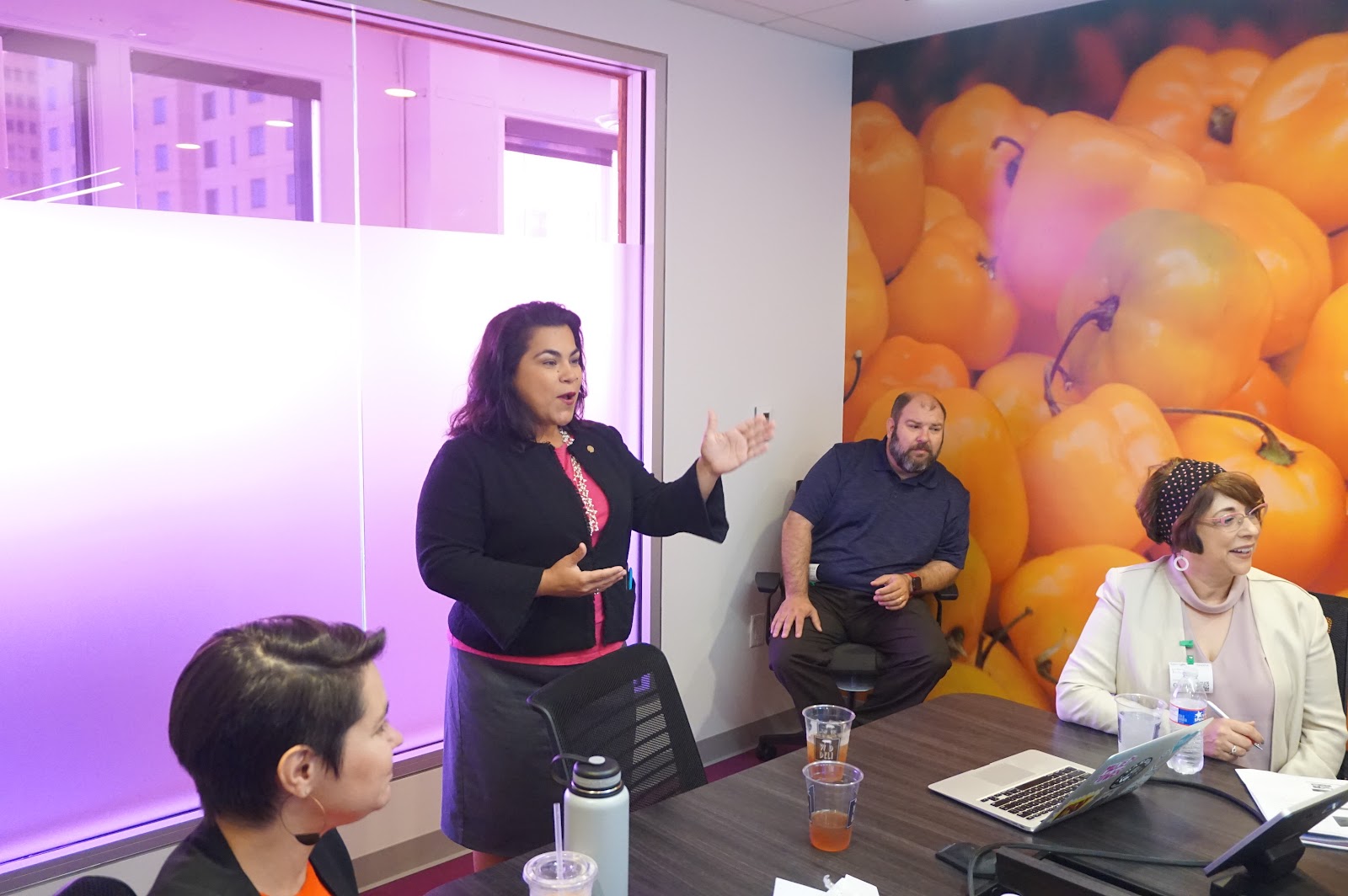 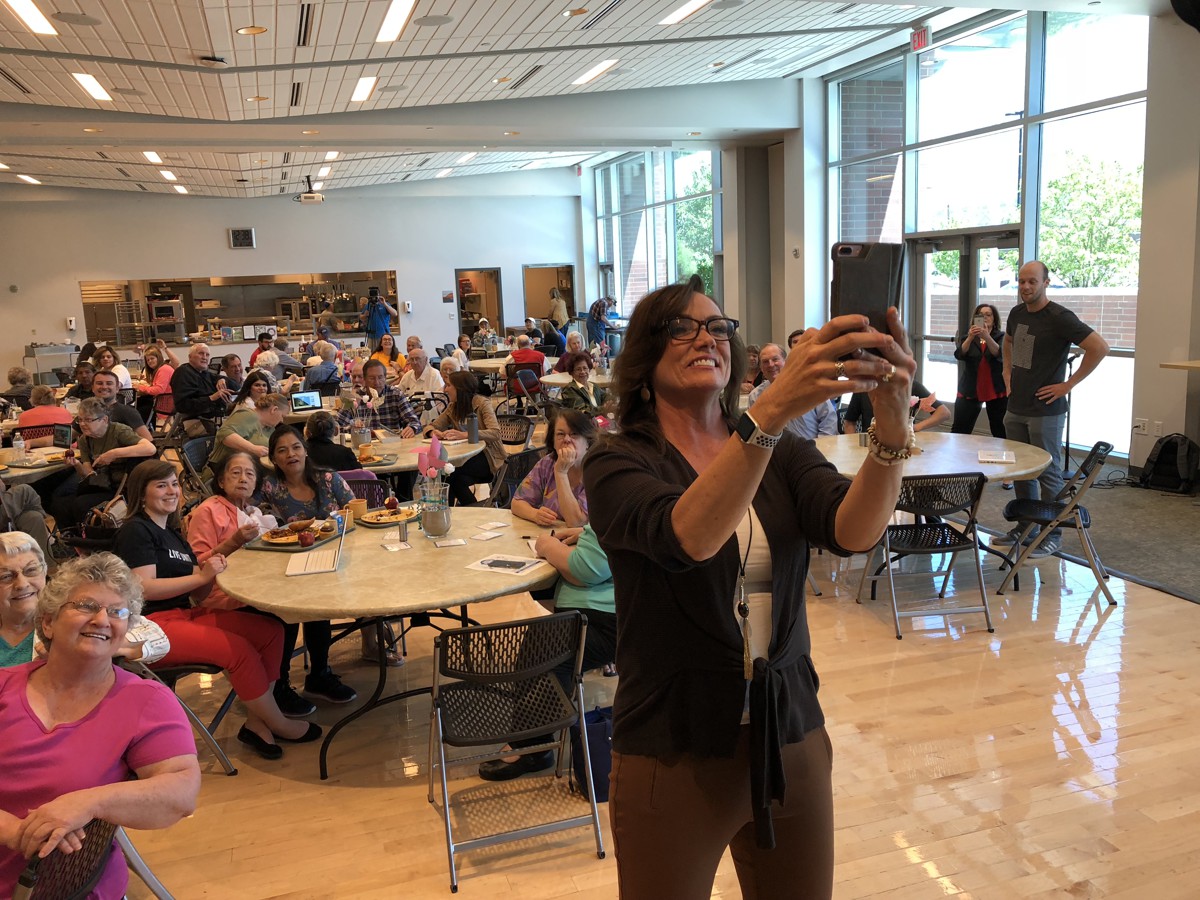 Provo Mayor Michelle Kaufusi takes a selfie with seniors after a YouTube tutorial at the Provo Rec Center.